Communique from the Association of Professional Moroccan Journalists

We are greatly saddened to learn about the untimely death of Said Hajji, Director of "Al Maghrib" newspaper and member of the Association of Professional Moroccan Journalists.

Said Hajji belonged to that generation of young Muslims with extensive cultural upbringing and broad curiosity about all matters of thought while also preserving their religious beliefs and ancestral traditions. They studied attentively what was occurring in the Western world and quickly realizied that there are no impenetrable barriers between the two civilizations.

Enthralled by journalism,Said Hajji assumed with unique authority the leadership of the "Al Maghrib" daily to which he dedicated the majority of this time and the best of his intellectual capability,

He passed away hit by an incurable disease at the peak of his prime in full possession of his cognizance. His funeral was held in Salé.

In the large procession accompanying the deceased for burial at the Mausoleum of Sidi Ahmed Hajji, we observed the presence of His Excellency the Pasha of Salé, his Khalifa (representative) the Qadi, (Islamic judge), the Minister of Habous (Islamic Quarter), the Controller of Public Order and his adjuncts, staff members of General Noguès, the Director of the Arab Press, His Excellence the Minister of Justice and numerous dignitaries of Salé, Rabat, Meknes, Fez, Casablanca, and Port Lyautey (renamed Kenitra after independence).

The Association of Professional Moroccan Journalists was represented by Mr. Chemao, member of the Advisory Staff to the Chief Editor of "Al Widad" newspaper.

The passing of Said Hajji leaves the Association of Professional Moroccan Journalists in mourning and they bow respectfully at his tomb. At this painful event, they ask his family to accept their most deeply felt sympathies.

... the Muslim Moroccan intellectual elite are in mourning for one of its most notable member with unanimous sorrow. 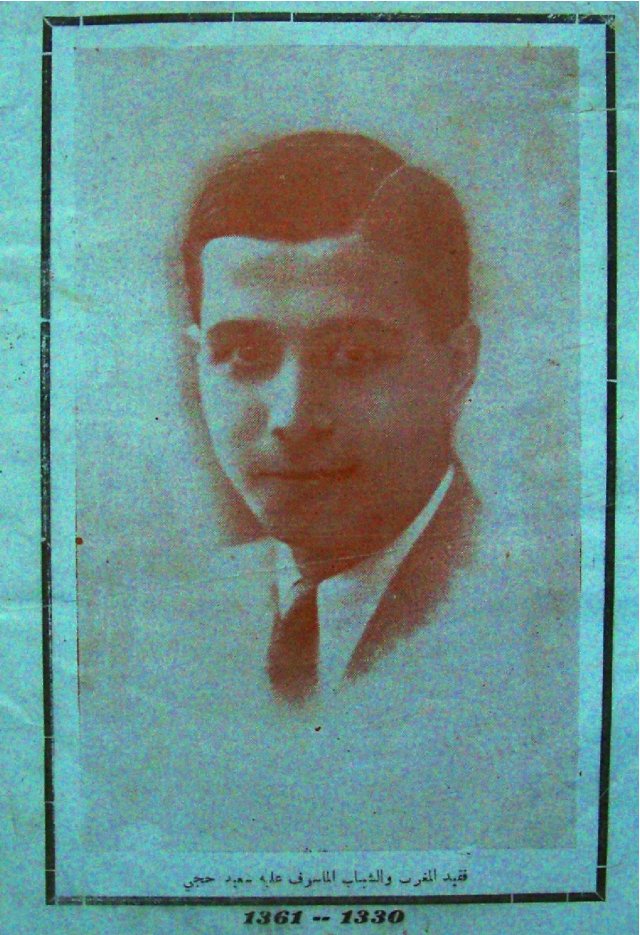 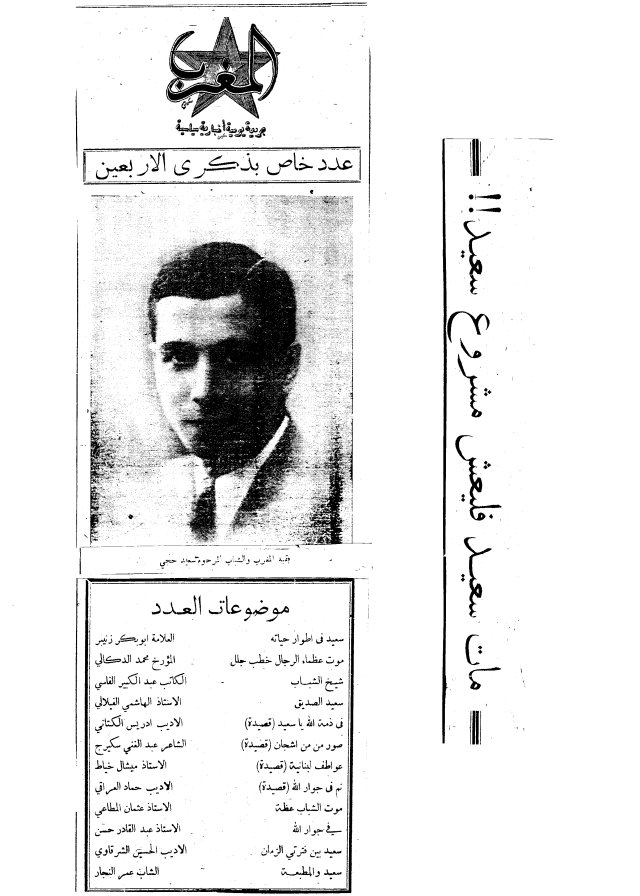 Special edition of the "Al Maghrib" newspaper to celebrate the life of Said Hajji on the fortieth day following his passing.