Memories of the past

Said is dead but the Moroccan Arabic press is not dead. It will remain alive as long as the inhabitants of this fortunate land speak and write in Arabic for the press is one key aspect of contemporary thought and represents an ideal that will last from here to eternity.

I will speak to you about my thoughts of Said and the press as I have observed the latter's genesis and growth in the thoughts of the deceased. However as we speak about Said and the press, we must not forget to mention the Egyptian Arabic press which had the greatest impact on the literary and cultural revival throughout the developing Muslim world. Great thinkers like Said will always be in debt to this press for all it undertook or envisioned to undertake. I will never forget a discussion that took place between us and a group of fellow students at the Islamic University a few days after I arrived in Beirut. It was after dusk on a splendid summer night lit with a beautiful moon. We were gathered in a small garden adjacent to our classroom. We were engaged in informal discussions moving from one topic to another until our conversations began to focus on the quarrels and disputes between the great contemporary writers as put forward by journalists of the sensationalist media. Among our small group were seasoned fans and followers of great writers like Al Akkad, Al Mazini and their disciples who were influenced by Anglo-Saxon literature. Taha Housain, Heykal and intellectuals who consider themselves students of the Latin tradition also had their defenders and advocates.

As for Said, he was, as I found out later, first and foremost a journalist. All he saw in the hustle and bustle of the discussion was a means to skillfully exercise a fertile subject matter to fill the lines and columns of a newspaper. I was among those convinced that all these heated debates would only raise a swirl of dust and smoke, no more no less. Furthermore I thought that the only writer to survive at the end would be the one whose style is polished and neatly written; one whose awareness and sensitivity are profoundly delicate and refined; the writer who is not influenced by theories or views when he wishes to express what shakes his thinking.

I was so happy when I found out that Said shared this viewpoint. It should escape no one who enjoys literature to appreciate the significance of the joy when they discover that another shares the same views. Said's opinions here highly valued by all who met with him, be they on matters related to pragmatic issues or to thoughtful questions of the mind. His opinions reflected a clear and precise awareness of the central issues. And hence my pride in my opinions was primarily due to the fact that they were also shared by Said.

So it was not pure chance that I later encountered these competing currents of thought in the newspapers and magazines of that period. Said and I really thought that this rivalry would have a positive impact on the direction Arabic literature would take. For the authors who stoked the passions of this relentless war had very strong personalities and exercised a powerful influence on the rising generations by inspiring them with a fervor and enthusiasm never seen before. This made the clan of optimists rejoice and foresee a bright future for Arabic literature that currently was still in the prime of its youth. We belong to this generation that is spurred onward by this hope of success.

Said made us see how these hopes could become reality. He shared his future plans for newspapers and magazines and did not fail to remind us of the tasks and responsibilities he assigned to each of us to properly carry out the projects he wished to fulfill. He spoke to us about print methods, circulation processes, selection of themes, classification of articles and editorials, the role of the editorial staff and the selection of its editors. He also informed us about news bulletins he envisioned to publish in the form of supplements to the daily newspaper and about a literary magazine for intellectuals. He focused on the choice of color for the magazine's cover which he deemed to be an important element of the publication's image that he wished to convey. He admired greatly the magazines of the Egyptian publishing house, Dar Al Hilal, as a model to emulate in all his undertakings. He was amazed by the elegance and refinement of its publications and heaped much praise on the esthetics of its output.

It's impossible to envision Said being far removed from the world of journalism. After leaving the university gate he often drifted to the publishing houses and print shops. In class his desk was loaded with a pile of newspapers and magazines which, along with cuttings, provided him with a wealth of information on political and literary events of interest to him. When I questioned and reproached him about all the newspaper cuttings annotated with red or blue crayons that were piled high on his desk, he laughed at my ignorance with respect to the importance of scissors and crayons in the world of newspapers and the press.

Over the course of circumstance and good fortune for Said, one of our fellow students from Palestine by the name of Mohammed El Khayat was also passionate about newspapers and helped relieve some of Said's expenses by buying two or three copies of each release. One day he was jokingly chided by Abdelkrim, the brother of the deceased, who may Allah save us from Abdelkrim's jokes for they often triggered widespread laughter, asked Mohammed why he purchased everyday several copies of the same newspapers and magazines. Mohammed responded that his purpose was to perform a charitable act by helping out the poor newspaper vendor. We all burst out laughing because we all knew the root cause for his behavior. The reason for which Mohammed El Khayat bought several copies of the same releases was not to come to the aid of a newspaper vendor; far from it. He did so simply to satisfy his passion and inordinate attachment for the news as he would often forget a partially read copy at some place in the city where he had stopped while wandering its streets.

Oh how pleasant it was to exchange ideas as we walked the elegant streets of Beirut, or as gazed down at the Mediterranean shores and the terraced plots of farmland from the heights of Brummana or when we found ourselves on the banks of the Damascus's Barada River amidst luxuriant greenery. Those are landscapes that beckon dreams and hopes.

Oh how many imagined revolutions in the fields of science, literature, economics and politics did we not dream to read about in the newspapers and magazines that Said planned for the near future. We planned the creation of the Institute for the Sciences, the Arts and Culture and the launching the establishment of a dynamic society based on solid foundations to replace our old society mired in ruin. In the final analysis, what radiant future for our country did we not hope for? So much ambition and hopes but of which regrettably only a few of Morocco's adults are part of. On the contrary the Lord has condemned the adults to wear aged beards for having raised so many alienated youth.

Said, your childhood and youth were full of great acts. You had the gift of refined speech which went straight to the heart of the matter. And now after so many years spent in your company, an unrequited death has wrenched you away from us. So what is the purpose of all these memories? In our hearts and minds their value is priceless. They represent all that is left of you that we shall preserve deep within us for as long as we live. Each time we have a burning desire to recall our memories of you, we shall spread them like the spring season which casts wide its breath of hope into the hearts of lovers.

Farewell, dear departed, farewell. May Allah's words cover you with the salvation of His Blessings and Mercy. 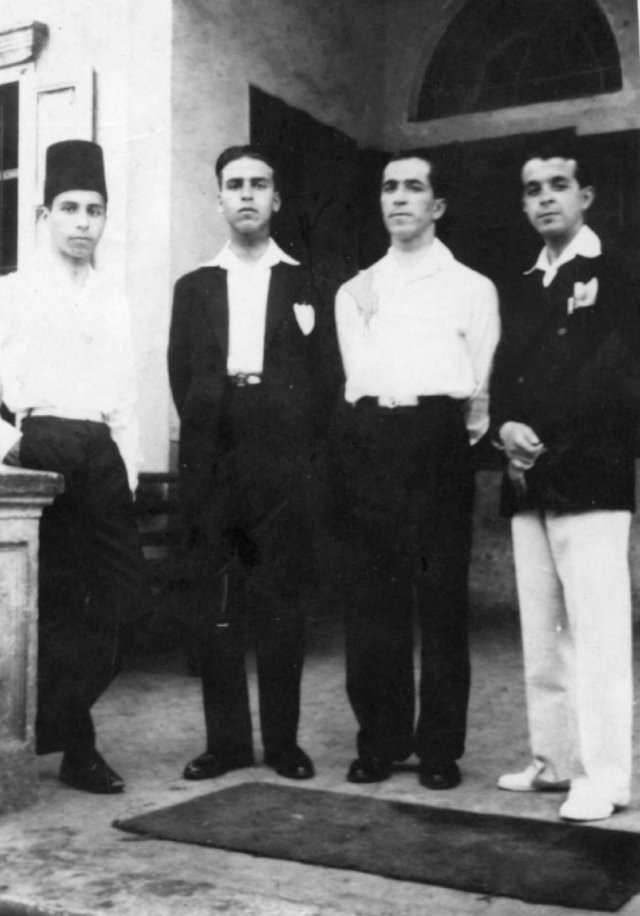 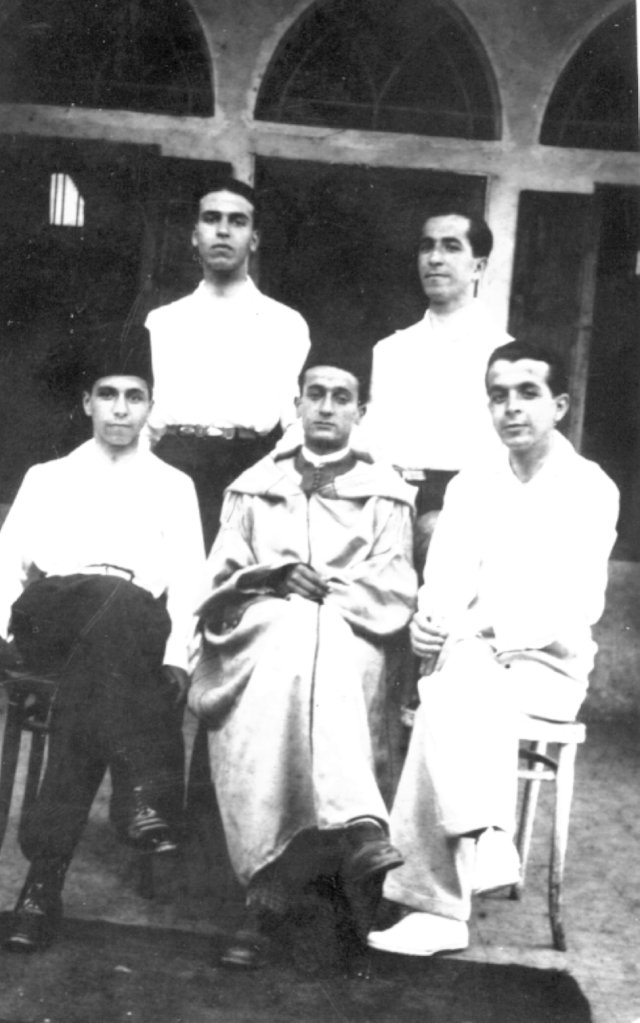