The Spirit of Mohammed Hassar

Text published after Mohammed Hassar passed away in 1936. It was later republished undated in a book dedicated to his memory by Abou Bakr Kadiri. pages 86-88

A year has passed since the earth received a young Moroccan who was among the most dynamic of our country. Thus has ended a chapter both lively and sparkling that lit up the darkness in our society. It spread its light on the abject lives led by Moroccans who watched it slip away under their eyes while they remain far removed from the message of true living. For they are unaware of what incites other nations to adopt a spirit of competition and struggle.

A year has passed since the deceased disappeared physically. But his personality remains alive in our memory and continues to inspire us with the best of examples. Years will succeed each other and his personality will remain forever a source of light, strength and energy to guide us in our endeavors. Each time we reflect on some act in the service of our society, we will think of Mohammed Hassar who, with his strength of character, instilled in us the mindset of continuous effort and perseverance in the struggle so that the ideals that we are all committed to defend are triumphant. Mohammed Hassar's vision will remain present in our memory day after day and even during each hour which disappears in our lives.

Our dearly departed Mohammed Hassar was not just a patriot. Indeed those who embrace nationalism are numerous and, in a few years, the Moroccan people in their entirety will be persuaded to the national cause.

The deceased did not have any particular nationalistic doctrine nor patriotic ideal that differs from that brandished by the current young generation.

Mohammed Hassar was not just an intellectual. Numerous are those with vast knowledge and we will feel mitigated regret at the time of their passing.

Mohammed Hassar want not just a literary figure. He is a man of letters who retains from life only the isolation in which they enclose their feelings. It is precisely why we hardly think about their being because they they mind little else than their being.

Mohammed Hassar was not uniquely a researcher. There are experienced researchers who pry (for new knowledge) and spend a large part of their time making extrapolations and investigations that no one understands or finds of interest.

But Mohammed Hassar has distinguished himself relative to all these individuals who have had similar interests. He stands in front of them garnering success by arousing the admiration of all. He is the source of the ennoblement of one who has left us physically but whose memory remains forever engraved in ours.

Mohammed has distinguished himself relative to others by a quality that I am at a loss to qualify with one adequate word if it is other than the word "vivacity."

Each person who dealt with Mohammed Hassar, even for a limited period of time, knows how much conviction with which he thrust himself into action and with how much willpower he put into play to bear fruit to his cogitations. His vivacity has been cited since his days as a scholar. The secret of his success in all the areas he dealt with was to use audacious chivalry as his only weapon.

One saw Mohammed either deeply submerged reading, writing or in discussion and taking positions. His mind abhorred vacuum. He was always in motion in uninterrupted activities. One can not accompany him in a walk nor to meet with him for an hour without being obliged to plunge head over heels in a world of contemporary ideas or into the jewels of literature or even into serious patriotic projects. He displays these to you with such oratory ease supported by the most convincing arguments until the moment when he has you captivated and enlisted as a fervent supporter of his thinking and an enabler of his project.

His vivacious spirit distinguished him from others and caused admiration from all who were in contact with him or part of the audience for his public lectures. Many could not believe that a person so young was capable of venturing into so many fields and able to treat many topics with such success.

None attributed the results of his research to others, which could be considered a compliment to the deceased. However all who experienced his vivacious spirit and felt his dynamism found themselves before an outstanding person who eclipsed others.

My Lord, if your pity had let Mohammed Hassar live a little longer, this would have made us witness a miracle among miracles. All Moroccans would appreciate the prominent position attained by this young man and the intrinsic values emanating from his persona. And the outside world would know that Morocco is far from being sterile even during this dark period of its existence. 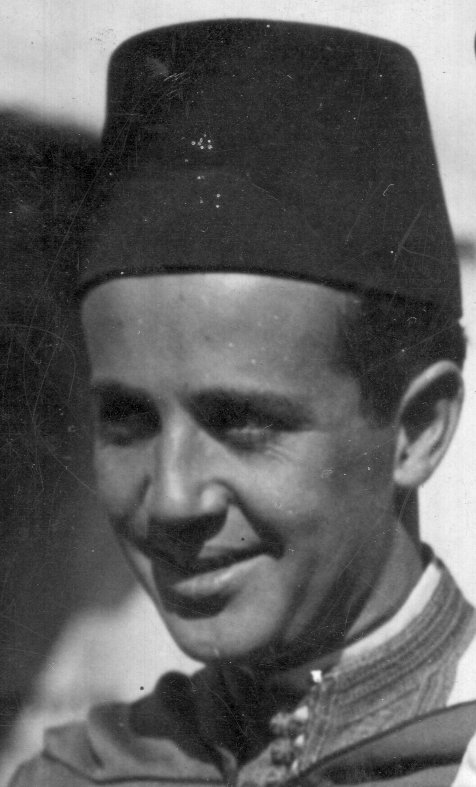 Mohammed Hassar, one of the pioneers of the National Movement - 1933. 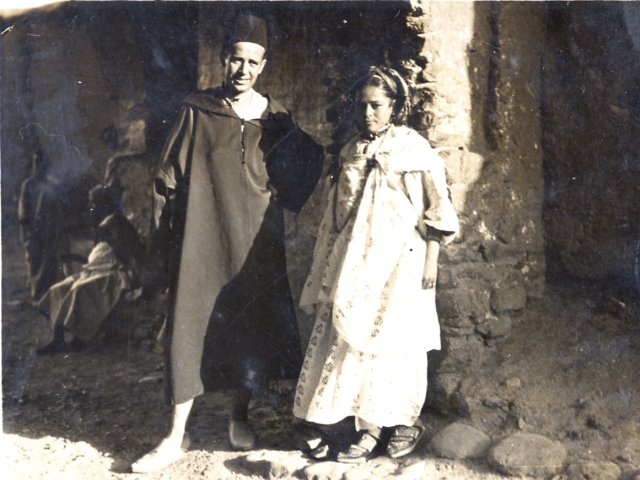 Mohammed Hassar in a fact finding mission in the Middle Atlas mountains.